The following guest post is written by my husband, Marty Fagan.

It was January 1, 2016, at about 7 am, and I had just run to the top of Little Si. Little Si was my go-to; it was how I measured my speed and fitness. I wore running shorts, a t-shirt, thin gloves, a baseball hat and nothing else. I wasn’t wearing a running pack holding a rain jacket or cell phone. The temperature was about 30 degree Fahrenheit, perfect running weather to go fast uphill. My fastest time up the 2.2-mile incline of Little Si was 24:15. I was nowhere near that on New Year’s Day 2016, but still managed a decent 28:30 for my 52 year-old-body, and it was a beautiful run with no one else on the trail. I reached the top, reset my watch, turned around, and took a step with my left foot to start down. A loud pop and shooting pain came from my left ankle and I fell to the ground. In seconds my entire ankle and foot were swollen with what felt like my shoelaces holding bones, muscles and ligaments together.

I felt my world crashing down around me. A few days earlier, I had found out I likely have stage IV cancer. I stumbled upon the cancer after finding a small pea-sized lump in my clavicle while on the rowing machine and decided to have it checked out. It turned out to be Squamous Cell Carcinoma, a form of skin cancer that jumped inside my body. Now it appeared that my running career had just abruptly ended. And I wasn’t exactly sure how I was getting off Little Si. I stood up and very slowly moved forward by grasping tree after tree to keep from falling over. When a section steepened, I sat down and dragged my bum along the ground. Getting down was going to take a long time. I hoped that someone with hiking poles and a cell phone would come along the trail so I could call Chris for help.

Tree to tree I  made my way along, shivering from my slow progress, when I spotted a man coming up the trail who was using hiking poles. When I showed this wonderful guy my ankle, he said, “holy shit.” At this point, I hadn’t even made it 200 yards and still had over 2 miles to go. I told him I could make my way down with the use of his poles and that he didn’t have to stay with me. Of course, he wouldn’t have any of that. He handed me his poles and started down with me. He didn’t have a cell phone so I couldn’t call Chris. I could now take a significant amount of weight off my ankle and began my longest journey ever down Little Si. What would usually take me around 20 minutes took 2.5 hours.

I sat down in the car and burst into tears. I can count on two hands the times in my life I’ve cried like that. I knew I needed running to help me deal with cancer, and this injury looked like it would end my running career. A trip to the emergency room and then a visit with an orthopedic specialist revealed my ankle ligament had torn off the bone. There was no way to repair it. I thought of the upcoming surgery I had scheduled to remove cancerous lymph nodes in my neck, and the radiation treatment that would follow. I needed to run.

I started my recovery regimen by stuffing my swollen ankle into old high-top police boots to walk around in and then bought a pair of high-top trail runners. Since 1995 I’ve kept handwritten calendars logging my daily exercise. In my police boots, and exactly two weeks after my injury, I completed my first 1-mile walk with a little incline on the treadmill. Four weeks later, I wrote in my calendar: “Treadmill 3.5 miles, ran 2 miles!” My ankle was weak, but the muscles and ligaments around it were getting stronger. I was learning how to use my right leg to compensate for the left side weakness.

Fast forward to August 3, 2016, I was back running when a CT scan showed what appeared to be small cancerous tumors in my lungs. Within the span of three weeks, I got busy. I solo ran the 35-mile Northern Loop on Mt. Rainier. Chris, Keenan and I fastpacked Mt. St. Helens and then completed the Northern Loop, a 70-mile journey. Then I knocked off the 96-mile Wonderland Trail around Mt. Rainier, a solo and unsupported run in a nonstop 36-hour push. I wasn’t running from cancer, I was running to continue being who I am. Two days later, I had surgery to biopsy a tumor in my lung. That was some surreal shit! The biopsy showed cancer had spread to my lungs, confirming that I have stage IV cancer. 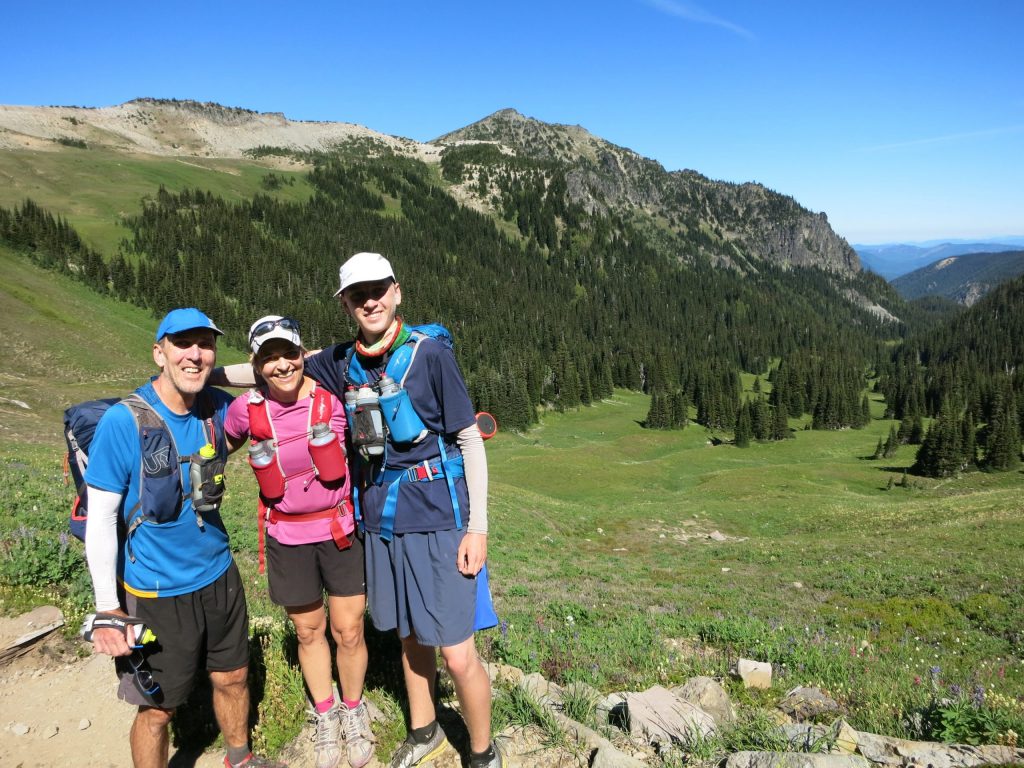 So, where am I four years later? I’m still asymptomatic. I’ve tried two different immunotherapy treatments, and we’re not sure if they’ve had any impact. I have multiple small tumors in my lungs that continue to grow slowly, but in terms of lung capacity, they’re insignificant, for now. Our lungs are large and resilient. I have dedicated myself to running to all of my appointments at Seattle Cancer Care Alliance, located 3 miles from where I work. My routine: Go to work, run to treatment, run back to work. Thank goodness I am back running.

A recent scan revealed a small spot on my sacrum, which led to a complete bone and brain scan. Beyond the one spot, all is clear. The tumor in my sacrum is a sign for me to try another immunotherapy treatment. I’ll start the new treatment on January 23, 2020.

When I first received the cancer news in early 2016, Chris and I sat down with Keenan and told him. Through tears, he said to me that as a family we’ve gotten to do so many amazing adventures together, and those were the things he’ll always remember and appreciate. He’s a good man. Back when we gave him this news, I wasn’t sure whether I’d be around to see him graduate from high school. It’s now been so exciting to watch his stack of college acceptance letters pile up and for him to share his interest in potential career paths, like working for the FBI. We need more people like Keenan serving our country.

So that is my new year’s update. Feel free to reach out with any questions or if you or someone close to you is going through similar circumstances. You can contact me directly at marty@denalipass.com.

You can learn more about our family quests at www.chrisfagan.net or follow along on Facebook, Instagram, or Twitter. Check out Chris’ book, The Expedition: Two Parents Risk Life and Family in an Extraordinary Quest to the South Pole.

Cancer Cancer Update Chris Fagan Marty Fagan Mt Si New Year's Story Running Running and cancer Trail running
A New Year’s Story2020-01-012020-01-04https://chrisfagan.net/wp-content/uploads/2019/05/faganblue1.pngChris Faganhttps://chrisfagan.net/wp-content/uploads/2020/01/c9ylhbj2-scaled.jpg200px200px
About
Chris Fagan
My adventurous spirit shines through in my work as an author, speaker and trainer. My husband and I became the first American married couple to ski without guide, resupply or other assistance to the South Pole–and became Guinness World Record holders. Read the full account in The Expedition: Two Parents Risk Life and Family in an Extraordinary Quest to the South Pole. When not outdoors, you’ll find me leading creative discussions in corporate conference rooms, training people in creative thinking processes, or inspiring audiences with my storytelling. Learn more at www.chrisfagan.net. 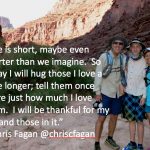 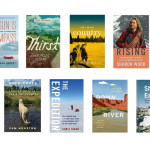