Recent Interview with Go Outside Brazil – Post 3 in Series 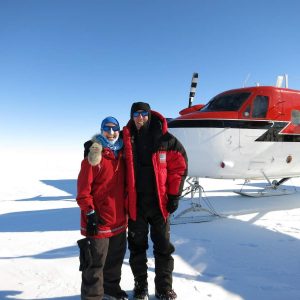 This is a continuation of a series of blogs about our recent expedition to Antarctica.   We were recently contacted by Go Outside Brazil to be part of an article about couples who do adventures together.  We’re not sure how much of the information that we sent them will make it to the article, so we thought we’d share it here in a series of blog posts.

How did you  travel to Antarctica? What route did you take?

We flew into Antarctica from Punta Arenas, Chile with ALE (Antarctica Logistics and Expeditions) and landed right on the ice at a temporary base camp on Union Glacier.  ALE then flew us in a Twin Otter plane to the start of our expedition.  When we arrived at the South Pole, the Twin Otter plane from ALE returned to pick us up and flew us back to Union Glacier.  Then we took a large cargo plane back to Punta Arenas, Chile.  We skied the Messner Route that starts on the Ronne Ice shelf at the edge of the continent where land meets sea and ends at the geographic South Pole, about 570 miles away.

Is it better to do long expeditions with a couple or alone? What are the advantages and disadvantages?

I think spouses can make ideal teammates – if  both people are competent in the outdoors (so you don’t rely too heavily on one person’s skills) and if they have a strong relationship in their everyday life.  I think being on an adventure amplifies personalities, so if you don’t communicate very well in regular life, you probably won’t communicate any better under extreme conditions on an expedition.

Being a married couple was one of our biggest assets because we treat each other as equals and intimately know each others’ strengths and weaknesses.  We are both very competent in the outdoors, have completed numerous adventures alone and together, are physically and mentally strong, and have trained together for 15 years.  We’ve experienced each other at our highest and lowest points during tough physical challenges like running 100-mile trail races, or doing self-supported long runs through the mountains, or on mountain climbs.  We are both very passionate, determined and hard working, and usually find a way to succeed.

Our South Pole adventure tested both of us on every possible level. The physical, mental, emotional and environmental stresses were extreme at times, and felt cumulative over our 48-day expedition. Despite these challenges, we were very compatible and usually able to quickly work out any issues or disagreements. We were surprised that as the expedition got further along, and more difficult, we both became more “Zen” than we already were, operating as an efficient team. You hear about expedition teams getting irritated with each other about every little thing, even the way someone chews their food. We tended to poke fun at each other about those tiny things and quickly resolve and discuss the bigger issues.

If an issue did arise while out in the elements, it was often difficult to discuss in the moment because our faces were covered with full face masks and the wind made it difficult to hear.  If an issue couldn’t be resolved in under 5 minutes, we had to move on to avoid getting really cold.  In the tent at night, after spending the whole day skiing in near silence, Marty usually took about an hour to decompress before he wanted to talk. I was just the opposite (being more extraverted) and wanted to immediately chat, but had to practice patience which was difficult at times.

3 below zero Antarctica Expedition Chris Fagan Married couple adventure Marty Fagan South Pole South Pole Expedition three below zero
Recent Interview with Go Outside Brazil – Post 3 in Series2014-06-062019-08-15https://chrisfagan.net/wp-content/uploads/2019/05/faganblue1.pngChris Faganhttps://chrisfagan.net/wp-content/uploads/2014/06/IMG_0481-e1565904546695.jpg200px200px
About
Chris Fagan
My adventurous spirit shines through in my work as an author, speaker and trainer. My husband and I became the first American married couple to ski without guide, resupply or other assistance to the South Pole–and became Guinness World Record holders. Read the full account in The Expedition: Two Parents Risk Life and Family in an Extraordinary Quest to the South Pole. When not outdoors, you’ll find me leading creative discussions in corporate conference rooms, training people in creative thinking processes, or inspiring audiences with my storytelling. Learn more at www.chrisfagan.net. 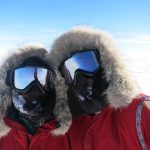 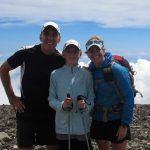